A noteworthy review of Wonders of Space from Children's Bookwatch on March 1, 2016 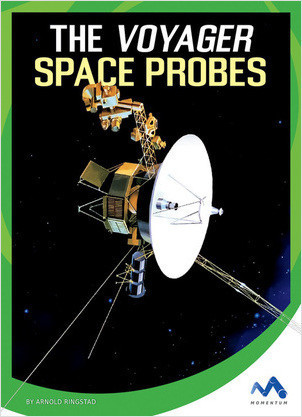 ‘The Voyager Space Probes’ covers the exciting story of the planning and launching of the twin Voyager 1 and Voyager 2 in 1977, to travel to the outer planets of our solar system Jupiter, Saturn, Neptune, and Uranus, and beyond. Four chapters cover the exciting preparation, planning, and launch of the Voyager Space Probes from early planning stages in 1964 to the recorded data revealing that Voyager 1 had left the solar system in 2013. Still carrying the gold discs with the Sounds of Earth and greetings to other living beings in many languages, plus other information detailing the source of Voyagers 1 and 2, Earth. From a grand tour, and preparing to launch, to Jupiter and Saturn and beyond, ‘The Voyager Space Probes’ explores an exciting mission of travel through the solar system and beyond, while gathering much valuable information about the solar system and space. Striking color photographs, artistic illustrations, and maps and graphs enhance the package of information in ‘The Voyager Space Probes’ for students ages 7 and up. Completing the story are sections containing a handy Glossary, Source Notes, and To Learn More, a bibliography and web site section. This exciting series, Wonders of Space, also contains the following titles which are highly recommended for juvenile educational purposes: ‘Exploring Beyond Our Solar System’ (9781634074754, $27.07), ‘The First Moon Landing’ (9781634074766, $27.07), ‘The International Space Station’ (9781634074773, $27.07), ‘The Mars Rovers’ (9781634074780, $27.07), and ‘Space Missions of the 21st Century’ (9781634074797, $27.07).