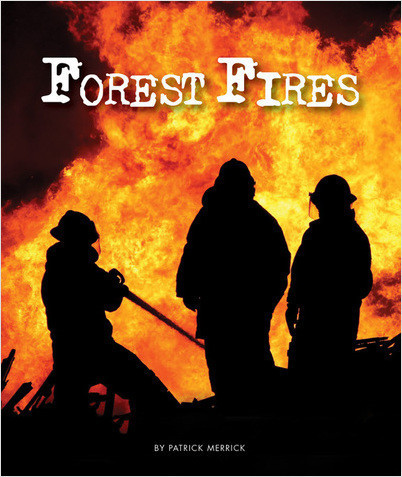 Provides information about forest fires, where they happen, how they occur, and how they are fought and prevented.

Patrick Merrick was born in California and spent much of his early life moving from town to town and from state to state. Eventually, his family settled in Sioux Falls, SD. Patrick graduated from Augustana College in Sioux Falls in May of 1991. He has since received his Master of Education degree from St. Mary's University in Minneapolis, MN. In addition to writing over 45 children's books (he also writes under such names as Caleb Owens, Theresa Woods, Joshua Rutten, Andrew Donnelly, and Zachary Inseth), Patrick has been teaching science to children for more than a decade. He is also involved teaching Sunday school, on the local library board, and finally in coaching K-7 basketball and baseball. Currently, Patrick lives in Westbrook, MN. with his wife and five children. When not busy with school, writing, or parenting, Patrick enjoys the occasional nap.